Leg 2 on the Journey to Motherhood 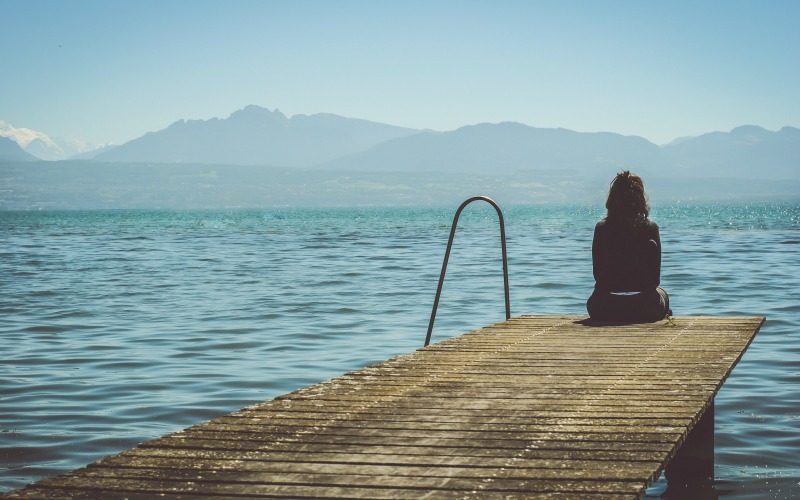 For as long as I can remember, I’ve suffered from really painful periods.

As I got older, the pain worsened and intensified. No amount of ibuprofen, massage, alcohol, or herbal remedy seemed to help. The only thing that made life somewhat bearable during that week of the month was heat. Intense, constant, HEAT. (Try teaching little ones while being attached to a heat pad! Ha.)

In 2002, my OB discovered I had three fibroids. Apparently, they are quite common, especially in women of Asian descent. This was news to me. How would this affect my future? Was there anything I could do to treat them? Could I have prevented this? Where do we go from here?

Doc said we’ll keep an eye on them and do nothing for now.

Fast forward 13 years later. Apparently, they had grown in size and were also the cause of my painful, heavy periods. My doctor decided surgery to remove half of one fibroid would be our best bet. Half, because it was located on the outer uterine wall and we wanted to be as least invasive as possible.

December of 2015, I went in for my 7th IUI. I shouldn’t have been surprised…and yet…when my doctor said the following words, I found myself in shock:

“I’m sorry, honey. I think I’ve done all I can do for you. You might want to think about seeing a specialist.”

Again, I was blindsided. Specialist? Oh, you mean like, for…infertility.

(Oddly enough, despite having been trying for 2+ years, it still had not occurred to me that we may be struggling with infertility.)

I said goodbye to my beloved OB and did some sleuthing to find a reputable fertility specialist. I decided on a clinic with highly rated doctors and went in with hubs for a consultation and examination. I was told that my remaining fibroids still posed a problem and I would need to have them removed before proceeding with IVF.

Off to another surgery I went.

After the requisite recovery time, we were FINALLY ready for IVF. I was terrified.

I started seeing an acupuncturist, which was AWESOME, but she didn’t take insurance so that limited the frequency of my visits.

I had been seeing my therapist for quite some time now and when I shared my fears with her she said to me:

“Perhaps you don’t really want a baby after all.”

I gasped. HOW could anyone say that to me, especially after what I had been through? (I counted my 12 year failed marriage as part of my journey, as well as the surgeries, the tears, the unwanted comments, etc.)

I thought long and hard about her words. No, she was wrong. I most certainly did want to get pregnant, I was simply scared. Out of my mind. But I would do whatever was necessary and leave the rest to the Universe.

I decided then and there to put the fear behind me and just GO FOR IT.

Looking back at my journey, I wish I had known the following:

Want to read about the next step of my journey? Click here: 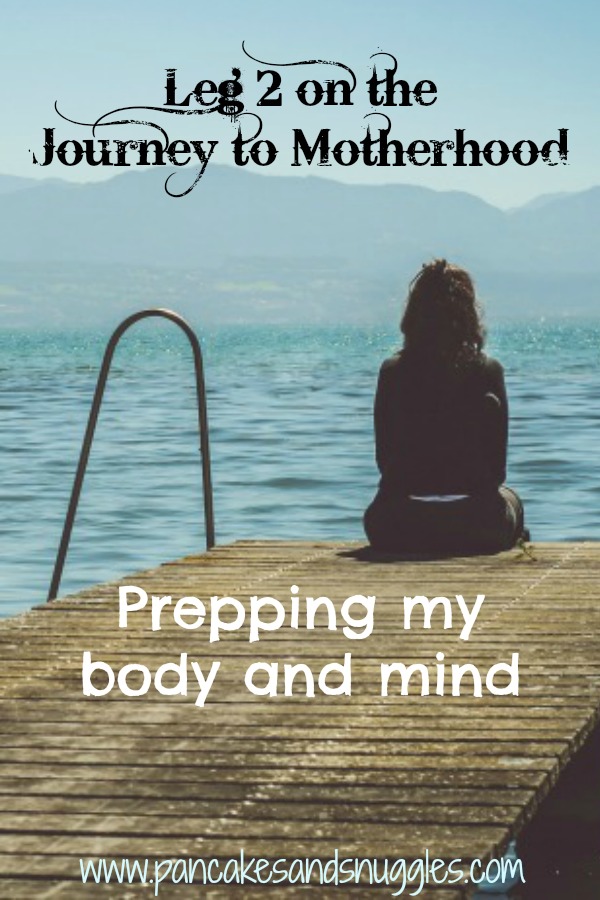 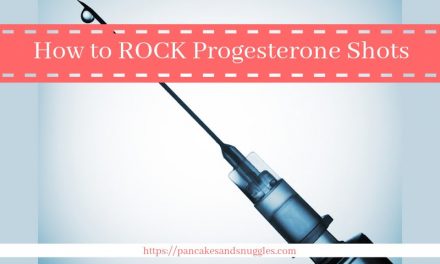 How To ROCK Progesterone Shots 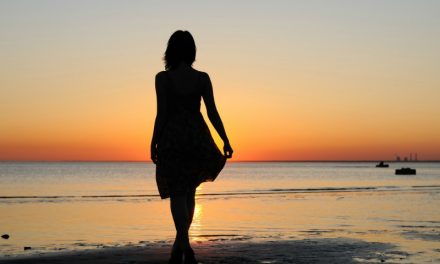 My Journey to Motherhood 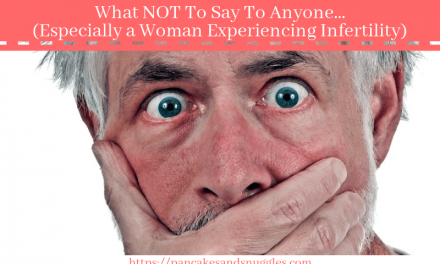 What NOT To Say To…Anyone (Especially a Woman Experiencing Infertility) 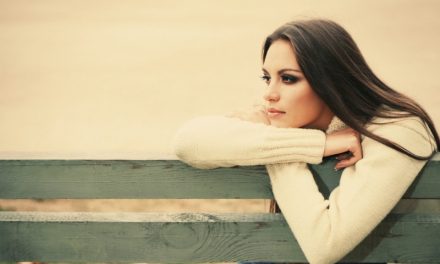 Navigating the Emotional Side of IVF 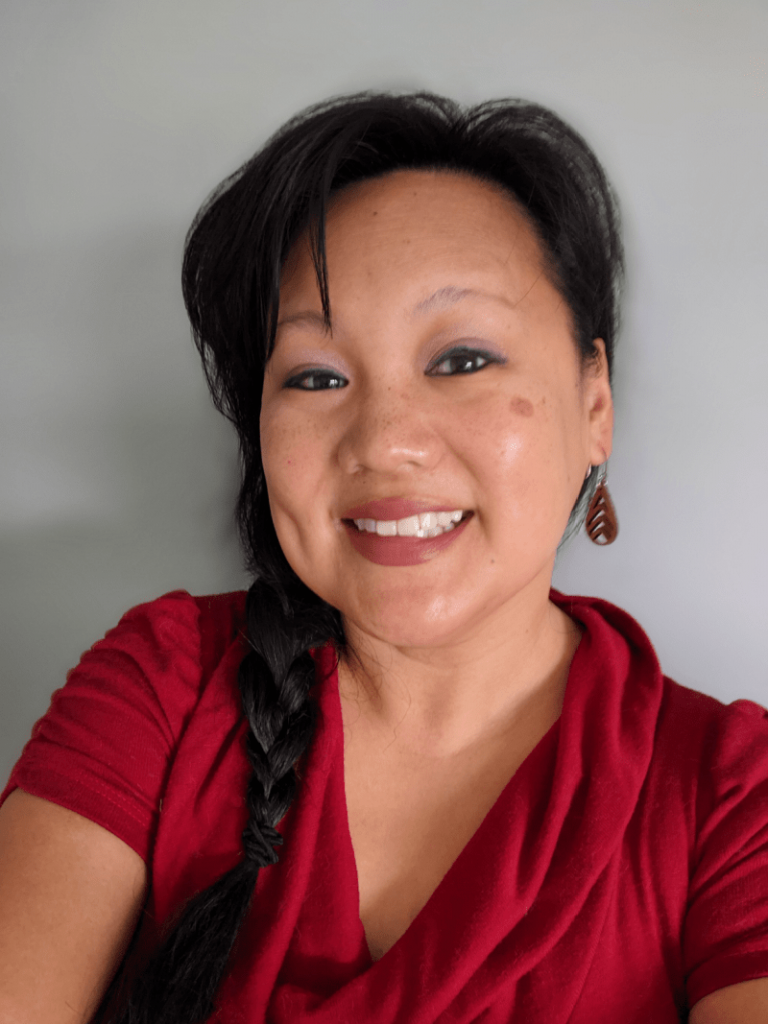 Pancakes and Snuggles is a participant in the Amazon Services LLC Associates Program, an affiliate advertising program designed to provide a means for sites to earn fees by advertising and linking to AMAZON.COM.

This website uses cookies to improve your experience while you navigate through the website. Out of these, the cookies that are categorized as necessary are stored on your browser as they are essential for the working of basic functionalities of the website. We also use third-party cookies that help us analyze and understand how you use this website. These cookies will be stored in your browser only with your consent. You also have the option to opt-out of these cookies. But opting out of some of these cookies may affect your browsing experience.
Necessary Always Enabled
Necessary cookies are absolutely essential for the website to function properly. This category only includes cookies that ensures basic functionalities and security features of the website. These cookies do not store any personal information.
Non-necessary
Any cookies that may not be particularly necessary for the website to function and is used specifically to collect user personal data via analytics, ads, other embedded contents are termed as non-necessary cookies. It is mandatory to procure user consent prior to running these cookies on your website.
SAVE & ACCEPT